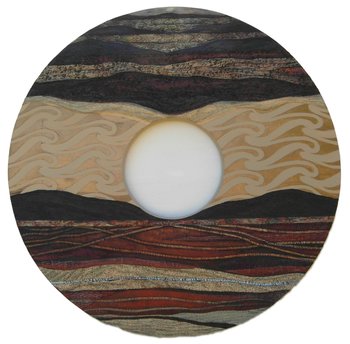 see more detail
​This painting came into being in November-December 2016. It expresses the power of the forces pulling on the earth and sea during the Kaikoura Earthquake on 14 November. 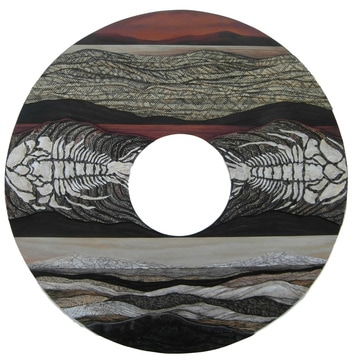 See more detail
This painting, in red-ochres, chalk whites and burnt umber, strips the land back to its bones – reminding us the earth is shaped by geological forces that follow a far more ancient rhythm than human life.

King of the Forest 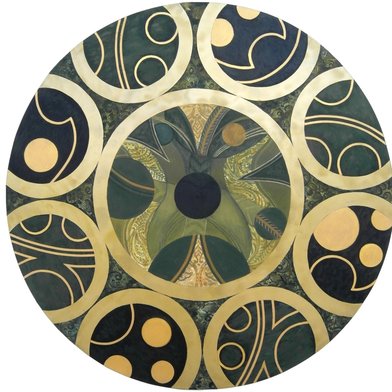 see more detail
King of the Forest  is a bold, striking work which leans more toward abstraction than landscape.  Tane Mahuta is the atua of the forests and birds of New Zealand. 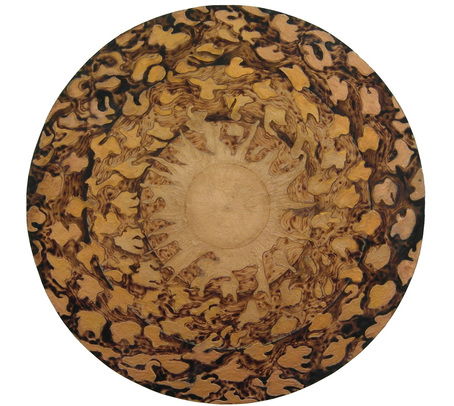 Available for sale at Parker Gallery, in Nelson. 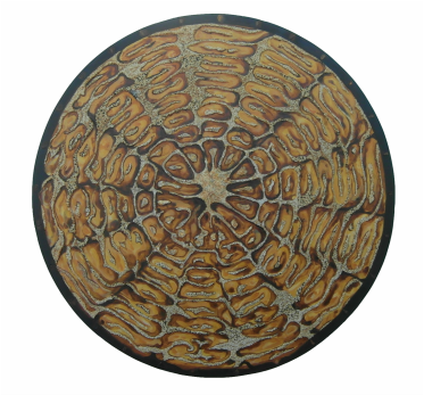 see more details
This painting is informed by a structure of seven axis lines, and has 28 marker points on the outer edge, reflecting the days of the month. Its soft colours and forms give this painting a feminine feel, befitting its lunar influences.

Anthem of the Sun 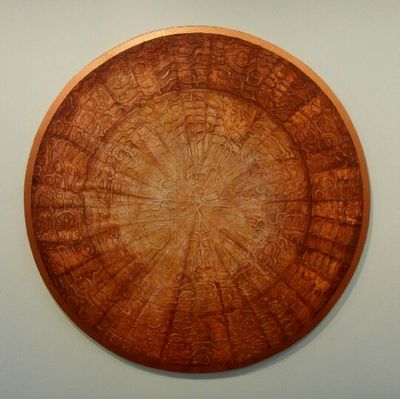 See More Details
This painting represents a departure from landscape-based work. It is the first of a series of more organic works exploring parallels between micro and macro worlds. Anthem of the Sun speaks with a cryptic, symbolic calligraphy.

see more details
Great Divide plays on the edge where landscape and abstraction meet. The title refers to the mountains that divide the South Island and the two panels of the painting.

End of the Golden Weather 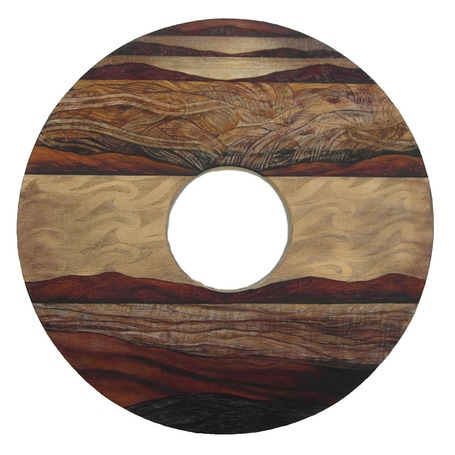 Where the Waters Meet 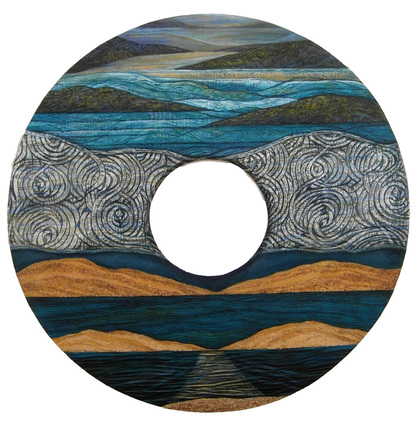 See More Details
Aotearoa is a country where the dry, sandy East (below) meets the misty ocean-swept West (above). 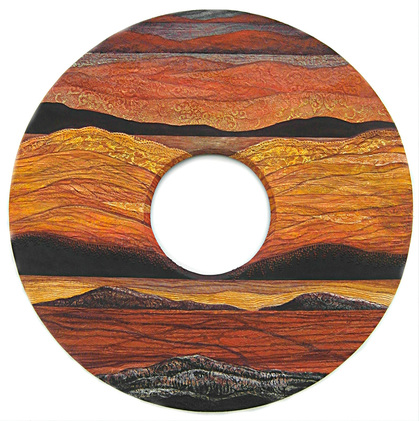 See More details
﻿﻿﻿Djinni' (or genie) captures the twilight tones of the desert, whilst suggesting a supernatural presence dwelling in the landscape.